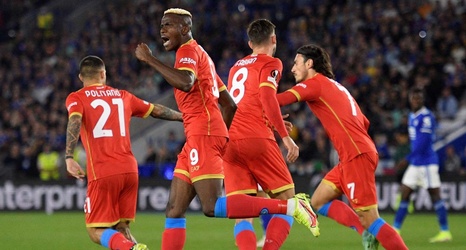 Harvey Barness assisted Perez Ayoze in the ninth minute to send the home fans at Liberty Stadium to a frenzy. Patson Daka was denied by VAR in the 59th minute. But five minutes later, Barnes scored after Nigeria striker Kelechi Iheanacho found him in the danger zone following a swift counter-attack.