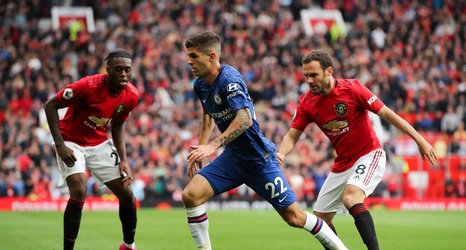 Back at it again! I hope everyone had a great summer (off season, rather). The Premier League has returned and all is right in the world again. It’s a short list this week, but we will be updating you every week on the growing number of our Americans playing in leagues abroad.

Christian Pulisic
Pulisic made his Premier League debut on Sunday when he entered the match in the 58th minute as Chelsea were handled by Manchester United 4-0. He didn’t get the start but came on the field very clearly wanting to make an impact.