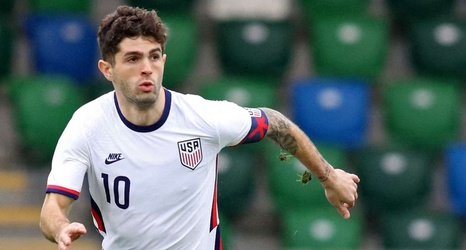 Christian Pulisic may not like it but his nickname of 'Captain America' has certainly stuck.

Since making his professional debut for Dortmund in January 30, Pulisic has carried the hopes of the U.S. men's national team on his shoulders.

Arguably, as the most talented USMNT player ever, he has been dubbed Captain America, named after the famous Marvel Comics character.

Who is the 'real' Captain America?

Captain America is a Marvel Comics superhero who dresses in the red, white and blue colours of the American flag.