USMNT call up MLS-based players ahead of Nations League matches 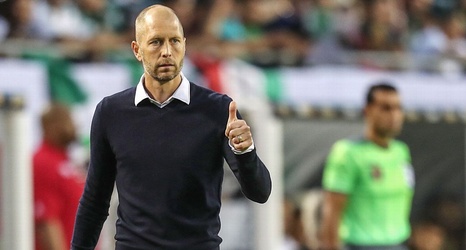 U.S. men's national team manager Gregg Berhalter will hold a pre-camp with MLS-based players next week ahead of the squad's CONCACAF Nations League matches in November.

19 players whose MLS seasons have concluded will arrive to Bradenton, Florida, from Nov. 2-9 to being preparations for the USMNT's matches on Nov. 15 against Canada in Orlando and Nov. 19 against Cuba in the Cayman Islands.

The U.S. players based in Europe will join those beginning Nov. 10 in Orlando, when formal camp begins.

Among those called up for the pre-camp include Atlanta United goalkeeper Brad Guzan, New York Red Bulls defender Aaron Long, and D.