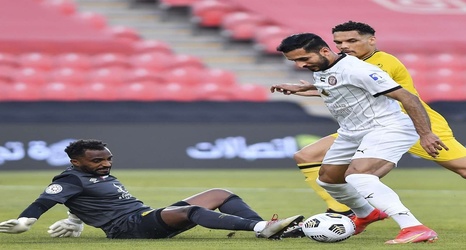 Bani Yas had to surrender their pole position in the league table after they were held to a 1-1 draw by Sharjah FC on matchday 23 of the Arabian Gulf League.

Daniel Isaila's men drew first blood in the match when Brazilain forward Joao Pedro converted from the spot after he was fouled inside the box.

After falling behind, the hosts started attacking with more intent and purpose and they struck the woodwork just before the half-hour mark through Caio. However, just four minutes before the break, the 26-year-old cancelled the deficit when he struck from close range to bring his team on level terms.