Soweto Derby: Ncikazi reveals players Orlando Pirates will be without against Kaizer Chiefs 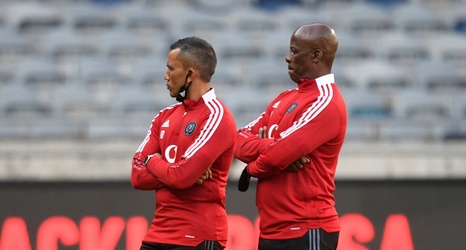 Orlando Pirates interim co-coach Mandla Ncikazi has revealed he will be without up to six players ahead of Saturday's Soweto Derby against rivals Kaizer Chiefs.

Bucs are aiming at taking the bragging rights, but it will not be easy even though Amakhosi have been inconsistent in the PSL this season.

But the tactician remains optimistic the available players will do the job against their opponents who lost their midweek clash at home to Stellenbosch by a solitary goal.

Speaking to the media ahead of Saturday afternoon's clash at FNB Stadium, the Sea Robbers coach revealed they will probably be without Richard Ofori, Wayne Sandilands, Innocent Maela, Happy Jele, Zakhele Lepasa and Thembinkosi Lorch for the crunch encounter.