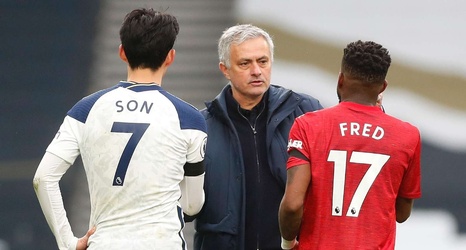 Manchester United manager Ole Gunnar Solskjaer and Tottenham boss Jose Mourinho have been involved in a war of words following the Premier League clash between the clubs on Sunday.

United ran out 3-1 victors, though not before they had an Edinson Cavani effort in the first half disallowed for a foul by Scott McTominay on Son Heung-min following a VAR check.

It was a decision that sparked controversy, with a majority of pundits in disbelief the effort was ruled out.