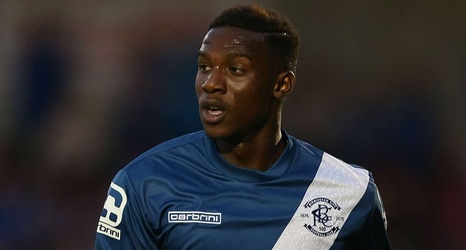 Wigan Athletic have announced the extension of Viv Solomon-Otabor’s contract until January 2021.

The 24-year-old moved to the DW Stadium last month on a short-term deal after his contract with Bulgarian side CSKA Sofia had ended.

Solomon-Otabor came at a time when the Latics had faced the agony of relegation from the Championship after going into administration and having 12 points deducted.

Wigan began life in the English third-tier on a bad note with defeats against Ipswich Town and Gillingham. Things however changed in the next match against Portsmouth which they won 2-1 away from home followed by a 1-0 home win over Doncaster Rovers in their most recent match.