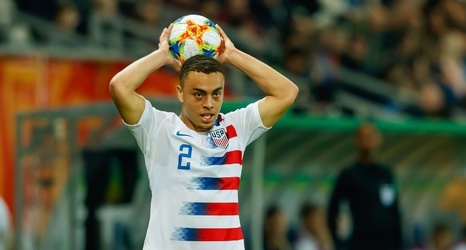 CHAMPIONS GATE, Florida -- Sergino Dest said some of his Ajax teammates "didn't like" his decision to represent the U.S. over the Netherlands.

The dual national declared his intentions on Oct. 28, capping off what had become an intense tug-of-war between the Netherlands -- the country of his birth -- and the U.S., where his father is from and whom he had represented at youth level.

Predictably, Dest's choice drew mixed reactions. He said some of his Ajax teammates "didn't like" his decision, while others congratulated him for following his heart. The reaction from fans drew a similar range of emotions.