Ronaldo throws shirt away in anger after Juventus beat Genoa 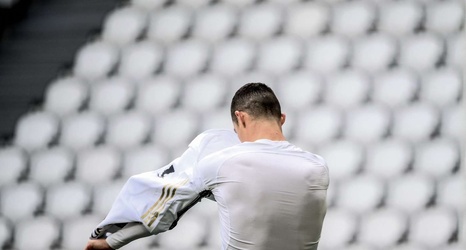 Juventus coach Andrea Pirlo defended Cristiano Ronaldo after the attacker threw his shirt away in frustration at the end of Sunday's clash with Genoa, despite his side winning the game 3-1.

The 36-year-old had scored in both of his last two appearances for the Bianconeri but was unable to stretch his run of goals in the Serie A clash.

Dejan Kulusevski, Alvaro Morata and Weston McKennie were all among the goals as the Italian champions sealed the three points, but Ronaldo still did not seem happy.