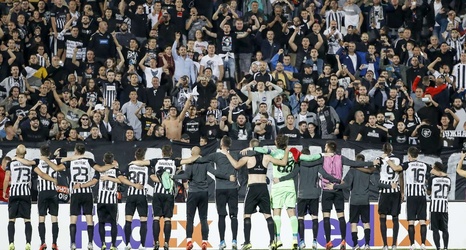 Serbian football resumed behind closed doors on May 29 but there were no restrictions on crowd numbers on Wednesday as defending champions Partizan beat neighbours Red Star 1-0 in the semi-finals.

"I thank the fans for their fantastic support and it was great to grind out this win in front of a full house," Milosevic said.