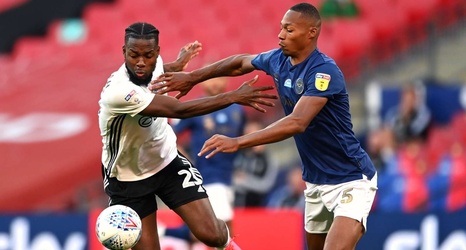 Josh Onomah and Neeskens Kebano have been nominated for Fulham Player and Goal of the Season awards.

Onomah teamed up with the Craven Cottage outfit last summer from Tottenham Hotspur as part of the £25 million transfer that saw Ryan Sessegnon join Spurs.

The Anglo-Nigerian immediately became a key component of the Cottagers side and featured in 37 appearances across all competitions, scoring four goals and providing three assists.

The midfielder played 31 Championship games and made three appearances in the playoffs to help Scott Parker’s men secure promotion to the Premier League.