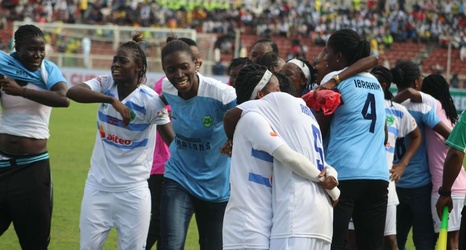 Nasarawa Amazons continued their incredible revival this season after they celebrated a first away win of the campaign, following a 1-0 victory over Ibom Angels in Uyo on Wednesday.

Cruising from a 1-0 victory at home over Abia Angels, the Solid Miners earned the matchwinner through Adejoke Ejalonibu's 82nd-minute goal at the Godswill Akpabio Stadium.

The result saw Nasarawa climb to ninth on the NWPL log with nine points from seven matches, while Ibom Angels dropped to 13th place with four points from the same number of games.