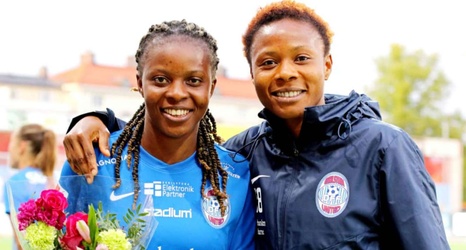 Nigerian-born Swedish forward Evelyn Ijeh and her Hackens side have been drawn against Rosengard in the semi-final of the Swedish Women's Cup, following Monday's draw.

Ijeh made a cameo appearance for Matz Gren's side in a 5-2 victory over Uchenna Kanu and Chinaza Uchendu's Linkopings in their final Group A game to reach the semi-final on Saturday.

Gren's team will be aiming to reach their second final in a row, having won the 2019 title following a 2-1 triumph over Kristianstads and Ijeh will be excited to celebrate her third title at Hackens.

The 19-year-old Swedish youth international had starred for Hackens as they emerged the Swedish champions last season and she will be eager to inspire her side to a domestic double.