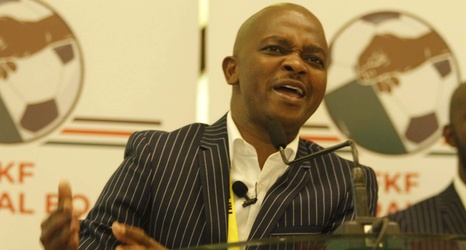 Kakamega Homeboyz chairman Cleophas Shimanyula has hit out at under-pressure Football Kenya Federation head Nick Mwendwa for stating there is no quality in the country, insisting that is 'foolishness that should not be tolerated.'

The vocal administrator recently made remarks that Harambee Stars would not perform well even if they were under Jose Mourinho or Mikel Arteta.

But the Homeboyz chairman has stated the massive talent proves otherwise.

'Players have to say they have suffered under Mwendwa'

"Players, just like McDonald Mariga did, should also come out and speak one language against Mwendwa," Shimanyula told Goal on Thursday.