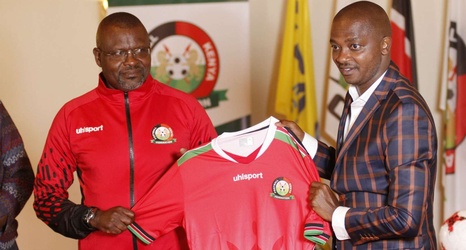 Football Kenya Federation (FKF) president Nick Mwendwa has described the hiring of Jacob ‘Ghost’ Mulee as the Harambee Stars coach as "a special gift" to Kenyans.

The 52-year-old tactician was handed the mantle to handle the team on a three-year contract following the exit of Francis Kimanzi, whom the Federation claims they parted with on mutual agreement on Tuesday.

Mwendwa has now told Goal he settled for ‘Ghost’ to take charge of the team because he has been there before and knows what it takes to qualify a team to the Africa Cup of Nations finals.