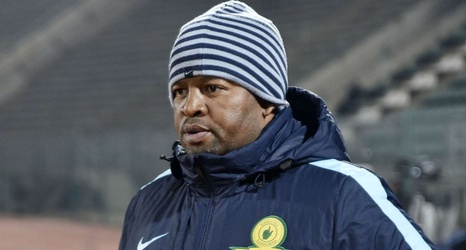 Mamelodi Sundowns Manqoba Mngqithi was not fully satisfied with his team’s performance in their 2-0 victory in the DStv Premiership against Cape Town City in the Mother City on Wednesday evening.

It was a first league win for Sundowns in four matches against City, the three points secured by a Lyle Lakay goal in the ninth minute and a goal by Keletso Makgalwa in the 83rd minute.

There were some aspects of play which pleased Mngqithi, including the clean sheet his side kept.

And he also spoke of his satisfaction at the way his players were able to nullify the Cape Town City threats such as Fagrie Lakay, Craig Martin, Bradley Ralani and Thabo Nodada.