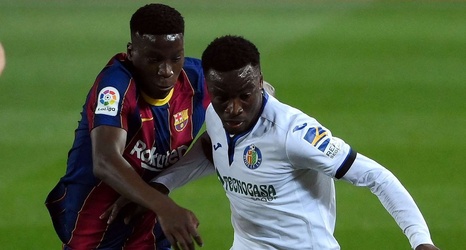 Ghanaian and Getafe midfielder Abdulai Sabit reveals playing on the same pitch with Argentina and Barcelona superstar Lionel Messi was nothing but surreal.

On his second-ever appearance in La Liga, Sabit was a 46th-minute substitute as his side succumbed to a 5-2 defeat against the Blaugrana last month.

"Before the Barcelona match, I had the feeling that I was going to get maybe five to 10 minutes playing time but when the coach made the selection, he kept one or two best midfielders on the bench," Sabit told BBC Sport Africa.

"So I told myself maybe even if there were going to be substitutions it would be them because they are the starters.