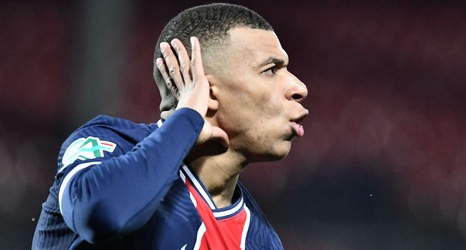 Hansi Flick has talked up Kylian Mbappe's talents ahead of Bayern Munich's trip to Parc des Princes on Tuesday, expressing his belief that the Paris Saint-Germain star "will win the Ballon d'Or one day".

Mbappe inspired PSG to a 3-2 victory at Allianz Arena last week, scoring twice as Mauricio Pochettino's side gained the upper hand in their Champions League quarter-final tie against the German champions.

Bayern's chances of completing a comeback in the French capital will likely hinge on whether they can keep the Frenchman quiet, with Flick of the opinion that he is well on his way to becoming the best player in Europe.