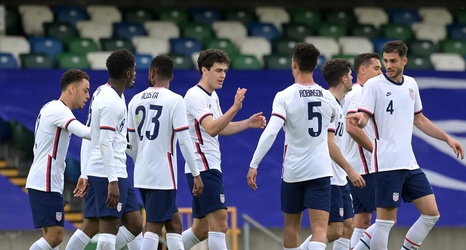 The USMNT followed their convincing win against Jamaica with a less satisfying match against Northern Ireland. The Stars and Stripes lined up in a 3-4-3...5-3-2...3-4-2-1 in a match that featured the debut of Washington, DC native Jordan Siebatcheu at striker flanked by Christian Pulisic and Gio Reyna on the wings.

Either in a commentary about the way the tactics were coached or the way the players were executing them, the overall performance was fairly uneven with the Stars and Stripes looking more like a gathering of individuals rather than a unified collective.

In the end, a goal off of a deflection from Gio Reyna and penalty from Pulisic survived the Northern Ireland counter attacks even with a cracker of a score by winger Niall McGinn brought the final score to 2-1.