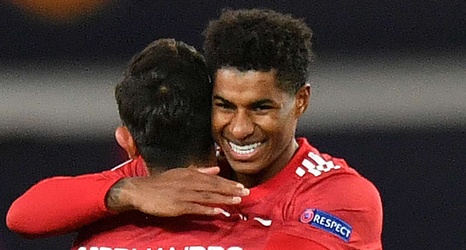 Manchester United hat-trick hero Marcus Rashford has revealed what he was told before he was brought on by manager Ole Gunnar Solskjaer during the club’s landslide midweek Champions League victory over RB Leipzig.

The England star had to watch from the bench as Anthony Martial and Marcus Greenwood were preferred from the outset, and the latter had given the Red Devils the lead by the time he was introduced.

Rashford’s influence from the bench was an emphatic one as he scored a hat-trick in only 18 minutes to set up a 5-0 victory, with Martial also getting on the scoresheet from the penalty spot.