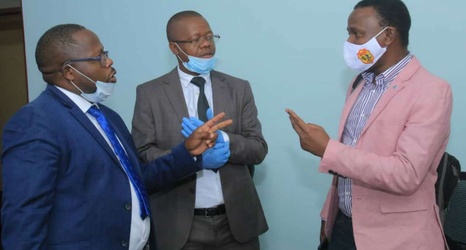 The Federation of Uganda Football Association (Fufa) President Moses Magogo has denied having differences with Hassan Wasswa, Denis Onyango, and Micheal Azira that led to their retirement from Uganda Cranes.

The trio has announced their retirement from international football, opting to focus on their clubs. Pressure is now turning to the Fufa head who days ago had stated the players who represented the country in the African Nations Championship did not deserve to get paid for their poor displays.

Many believe it contributed to the decisions made by the aforementioned players, but the administrator has stated otherwise.