Lwandamina: Azam FC will be satisfied after they dislodge Yanga SC 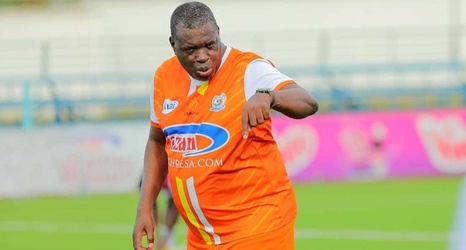 After emerging 2-0 winners against Mtibwa City to move above Simba SC, Azam FC coach George Lwandamina has said he is still not satisfied with their second position and their target now is to topple Yanga SC.

The ‘Ice-cream Makers’ managed to overtake Simba from second position of the 18-team table after goals from Zimbabwean striker Prince Dube enabled them to beat the Sugar Millers 2-0 at Azam Complex Chamazi Stadium in Dar es Salaam.

The win saw the Lwandamina-led side reach 47 points from 25 matches, and they are now three points less than leaders Yanga, who failed to win their match against KMC FC after battling to a 1-1 draw at Benjamin Mkapa Stadium.