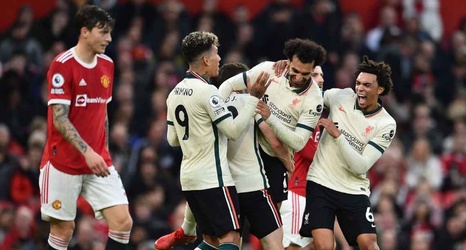 United were four goals down by halftime -- the largest margin ever in their history at that stage of a game -- and looked disjointed as Salah, Diogo Jota and Naby Keita all found the net.

Salah added his third moments into the second half before Paul Pogba was sent off for a dangerous tackle.