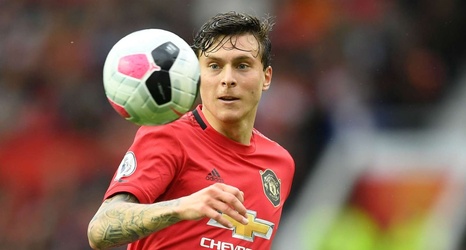 Victor Lindelof wanted to link up with a Championship side before eventually playing his way towards Manchester United, claims former Benfica boss Rui Vitoria.

The Sweden international made a move to Old Trafford in the summer of 2017 when big money was invested in his potential, with the Red Devils confident that they were acquiring a useful option for the present and future.

The 25-year-old could, however, have found himself in England some time before global heavyweights came calling.

A Championship team expressed interest in him while he was finding his feet at Benfica, with Vitoria having to convince the commanding centre-half that he was better served staying put.