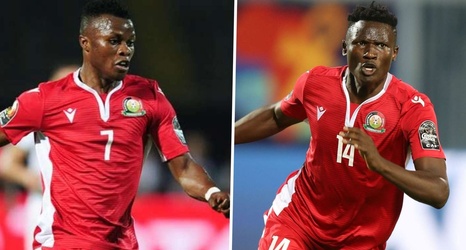 Kenya winger Ayub Timbe has explained how striker Michael Olunga played a hand in his transfer to Vissel Kobe in Japan.

The speedy winger was without a club since mid-October 2020 after he parted ways with Beijing Renhe, but he was officially unveiled by the Japanese top-flight side that is captained by Andres Iniesta on March 1, 2021, though the two parties did not give details of the contract signed.

Speaking during a one-on-one interview, Timbe, who also played for EFL Championship side Reading on loan from Renhe, has revealed he spoke to Olunga about his potential move to Japan, and the towering striker gave him the go-ahead to sign the deal.