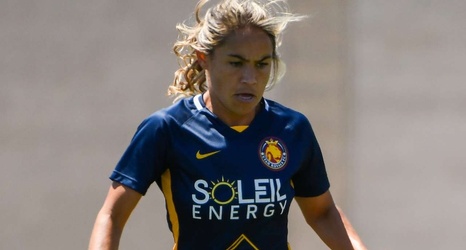 Kansas City midfielder Lo’eau LaBonta has opened up on the toxic culture she and her team-mates experienced in Utah last season, calling it the "most absurd thing I’ve ever been through."

Following accusations of racism as well as fostering a toxic environment, Utah Royals owner Dell Loy Hansen sold the NWSL team, which relocated to Kansas City ahead of the 2021 season.

Following her team's move back to Kansas City, LaBonta has spoken out about some of the many issues she and her team-mated dealt with in Utah.

Speaking on the Sam's Army podcast, LaBonta said: "That last year I was there, because we were there for three seasons, was for sure the most absurd thing I’ve ever been through.