JDT statistics - Who has played the most, where is the goals coming from and who's struggling 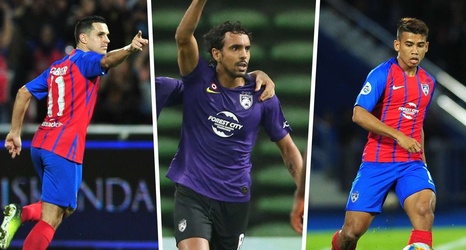 There’s no other teams that are more successful than Johor Darul Ta'zim in the recent history of Malaysian football. Dominating the domestic competition for a sustained period like no other, the club has spent a considerable sum to accumulate and boast without a question - the best squad in the country.

The club recently released the numbers on their current squad in terms of appearances, substitutions, minutes played, goals, assists and clean sheets - and here are some interesting conclusions that can be inferred from those figures.

Not only is Hariss Harun the inspirational figure in the team and has completely assumed the captaincy role passed on to him from Safiq Rahim, the man is simply incredibly consistent.