Iheanacho competes with Maddison and Vardy for Leicester City award 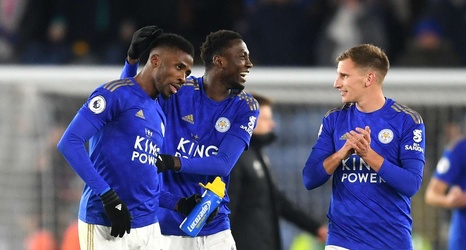 Kelechi Iheanacho’s strike against Brentford has been nominated for the Leicester City Goal of the Season award.

The Nigeria international’s strike helped the Foxes beat the Bees 1-0 in January’s FA Cup fourth round encounter at Griffin Park.

That effort will compete with that of the club’s top scorer Jamie Vardy, James Maddison, Ricardo Pereira, Ayoze Perez, Harvey Barnes, Ben Chilwell and Hamza Choudhury for the Foxes’ best goal in the season under review – which will be decided through voting.