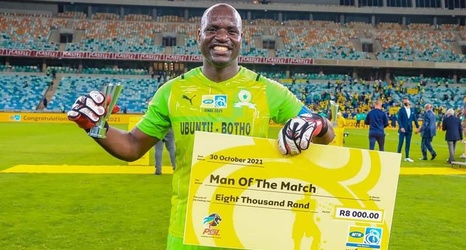 Mamelodi Sundowns goalkeeper Denis Onyango has set his sights on winning the Caf Champions League after guiding the team to the MTN8 trophy against Cape Town City on Saturday.

After the final had ended 1-1 in normal time, the retired Uganda custodian was the hero for Sundowns as he saved five penalties during the shootout to inspire the Tshwane giants to their first Top 8 trophy since 2007.

It was Thapelo Morena who put Masandawana ahead in the 24th minute but City levelled in the second half courtesy of Fagrie Lakay in the 75th minute.

However, during the dramatic penalty shootout, the veteran goalkeeper saved the last penalty from City’s Thamsanqa Mkhize for the historic win at Moses Mabhida Stadium in Durban.