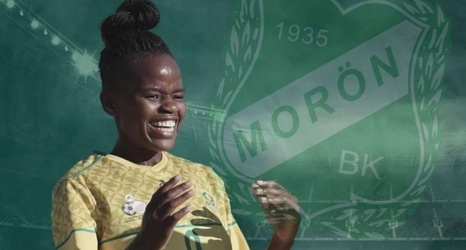 South Africa striker Hildah Magaia believes that she has what it takes to lead Moron's attacking line to Elitettan promotion in the 2021 campaign.

Moron narrowly missed out on a promotion ticket to Damallsvenskan after they finished behind AIK and Hammarby in third last season.

Besides missing out on a top-flight place last term, Patrik Nilsson's side lost the services of striker Hayley Dowd, who netted 48 times in her last two seasons, to elite side Djurgardens.

For a replacement, Nilsson secured Banyana Banyana star Magaia from the South African club Tshwane University of Technology on a two-year deal and she is ready to deliver goals.