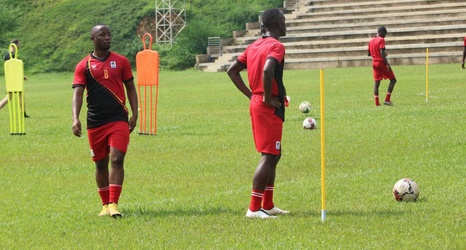 Former Uganda international Mike Mutyaba has claimed he is in pain following the alleged rough handling he received while he led a demonstration at the Fufa office, where he demanded payment of unsettled dues.

The 30-year-old protested in Mengo against what he said are unsettled allowances owed by the federation to the players. His actions saw him arrested thereafter and has now said he is in pain after he was allegedly assaulted by security guards.

"Truth is that I am in pain, my body still hurts,” Mutyaba told Sports Nation.