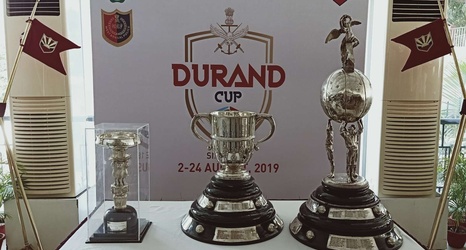 Asia’s oldest and the world’s third oldest football tournament is back after a one-year gap...

The 130th edition of the Durand Cup is jointly organised by the Indian Armed Forces and the Government of West Bengal in Kolkata, in September.

This is the second consecutive time that the iconic football football will be held in Kolkata after the previous edition in 2019, since moving from its long time venue at Delhi.

Here's how to watch the 2021 Durand Cup football tournament in India.