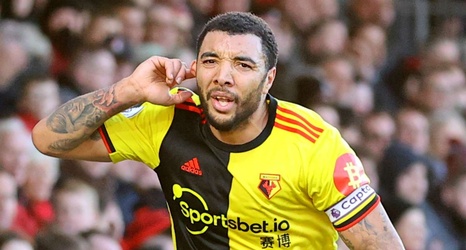 Watford striker Troy Deeney has revealed that his side targeted midfielder Fred as Manchester United's weak link, claiming that the Brazilian gave the ball away "three or four times a game".

Fred joined Manchester United from Shakhtar Donetsk in 2018, moving to Old Trafford in a transfer that cost up to £52.5 million ($70m).

Having struggled initially under Jose Mourinho, the Brazilian has stepped up under Ole Gunnar Solskjaer, appearing 48 times in all competitions last season.

Deeney's Watford got the best of Manchester United at Vicarage Road last season, although it was not enough to save them from relegation.