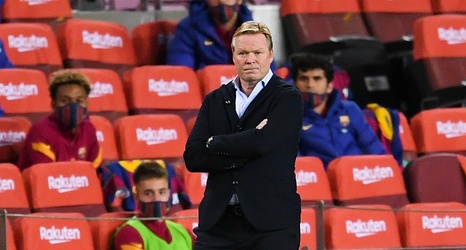 Koeman suffered his first loss as Barca boss on Saturday – Getafe claiming a 1-0 victory thanks to Jaime Mata's 56th-minute penalty.

It was Getafe's first league win over Spanish giants Barca since November 2011, a run of 16 games.

Koeman, who replaced Quique Setien at the start of the season, was less than impressed with the behaviour of Getafe full-ball Nyom.