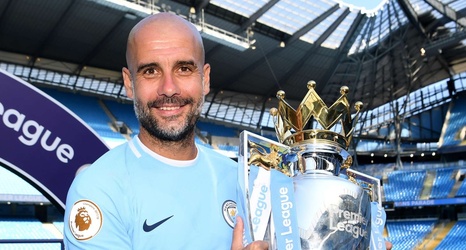 Pep Guardiola may not have a history of sticking around in any one post, but Shaun Goater says the Catalan can make his spell at Manchester City even more successful than his stint with Barcelona.

After being promoted to the top job at Camp Nou in 2008, an unprecedented era of trophy-collecting was enjoyed by the Blaugrana and their home-grown coach.