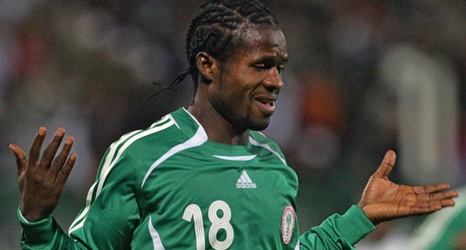 Former Nigeria and Udinese midfielder Christian Obodo was kidnapped in Warri - a city in the South-South region of Nigeria - on Sunday but he has regained his freedom without any injury.

Sunday’s incident was the second time the 36-year-old was kidnapped in Delta State, after he was abducted by gunmen in June 2012 and rescued a day later in a police raid.

Obodo, who spent over a decade as a player in Italy, narrated his ordeal after his release on Monday and he stated the kidnappers blamed the Super Eagles for their loss after betting on the Sierra Leone game.