Fiorentina's Duncan and Kouame end Serie A campaign with a bang 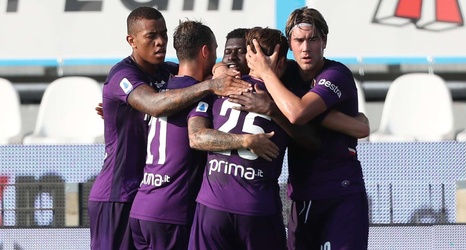 Ghana's Alfred Duncan and Ivory Coast's Christian Kouame scored a goal each as Fiorentina ended their 2019-20 Serie A season with a 3-1 win against SPAL.

Duncan broke the deadlock at the Stadio Paolo Mazza in the 30th minute with his maiden goal for the Violets since his loan signing from Sassuolo in January.

Nine minutes later, Marco D'Alessandro equalised for SPAL as both teams headed into the interval with a 1-1 draw.

Both teams were tied for the majority of the second 45 minutes until Christian Kouame, who came on as a 55th-minute substitute for Kevin Agudelo, fired Fiorentina ahead in the 89th minute.