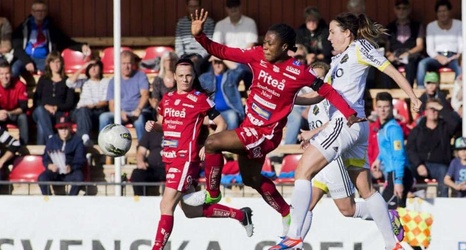 The development brings an end to protracted talks over her contract extension with the Damallsvenskan side following the expiration of the defender's deal.

Last week, the Super Falcons star, who turns 34 in February, had offered some positive updates regarding her future at LF Arena.

"I will play with Pitea IF. Nothing has been signed yet, but I have talked to the club and hope that we can solve everything before I go home on November 27," She told Pitea-Tidningen.