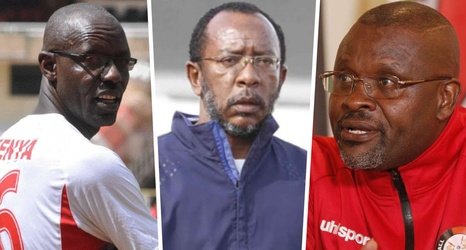 Newly appointed Harambee Stars coach Jacob ‘Ghost’ Mulee has picked Musa Otieno and Twahir Muhiddin as the coaches who will work under him after he was unveiled on Wednesday.

Goal can exclusively reveal the former Tusker coach, who was appointed on a three-year contract to replace Francis Kimanzi, has already forwarded the two names to the Football Kenya Federation (FKF) ahead of their unveiling next week.

While unveiling ‘Ghost’, FKF president Nick Mwendwa told Goal they had given the coach a free hand to pick his assistants.

“We have given him a free hand to pick the coaches he feels he can work with,” Mwendwa told Goal.