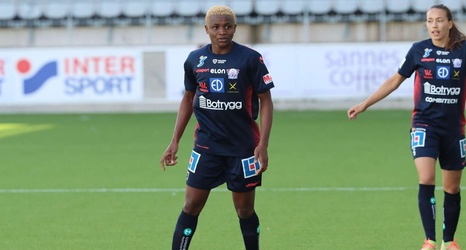 Uchenna Kanu continued her rich goalscoring form after netting a brace and Ebere Orji provided a late assist in Linkopings' 3-1 win over Uppsala in a Swedish Damallsvenskan game on Sunday.

Olof Unogard were smarting from Wednesday's 7-1 humiliation at Rosengard, where Kanu registered the visitors' solitary goal and they aimed to end their three-match losing streak against Uppsala.

This time, the Nigerian striker almost fired the hosts in front but her efforts went wide in the ninth minute but eventually, she broke the deadlock to put them ahead in the 21st minute.

She twice came close to increase the tally for Linkopings in the 31st and 44th minute but could not find breakthroughs before the break.