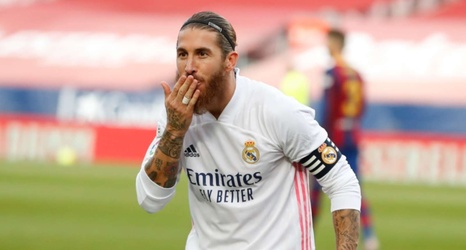 Sergio Ramos felt the penalty he won and scored to inspire Real Madrid to a Clasico triumph at Barcelona was "very clear".

With Saturday's clash at Camp Nou level at 1-1 in the second half after early goals from Federico Valverde and Ansu Fati, Ramos went down in the Barca box.

It was an extravagant fall from the Madrid captain but caught the attention of the VAR, with replays highlighting a blatant tug on his shirt from Clement Lenglet.

A spot-kick was subsequently awarded and Ramos found the net before Luka Modric made sure of the points in the 90th minute.