De Jong reveals advice from Koeman prior to Barcelona move 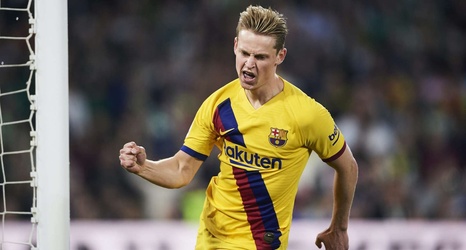 Frenkie de Jong has revealed the advice he was given by Ronald Koeman prior to his move to Barcelona.

Barca reached an agreement to sign De Jong from Ajax for €75 million (£68m/$89m) in January 2019, having seen him emerge as one of the brightest talents in Europe at Johan Cruyff ArenA.

The 23-year-old joined up with his new team-mates at Camp Nou six months later, and has since become a regular in the Blaugrana starting XI.

The Dutch midfielder has now admitted that he sought Koeman's opinion after lining up a transfer to Barca, having already established himself in the 57-year-old's set up at international level with the Netherlands.