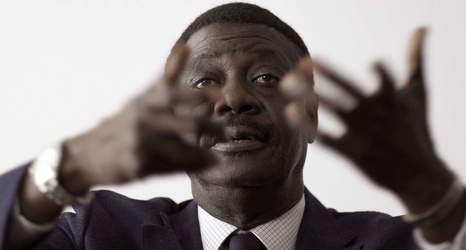 Former Marseille president Pape Diouf has been infected with coronavirus and has been placed under respiratory assistance in a Senegalese hospital.

Diouf, a former journalist, was president of Ligue 1 club Marseille between 2005 and 2009, before he was succeeded by Jean-Claude Dassier.

According to French outlet La Provence, the 63-year-old is at Fann hospital in Dakar but his family are interested in flying him to France for further medical treatment.

Diouf has reportedly been under respiratory assistance since Saturday as he continues his fight against the virus.