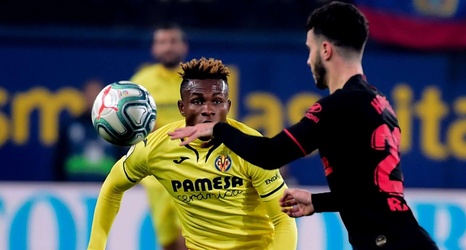 Samuel Chukwueze’s Villarreal have failed to qualify for next season’s Uefa Champions League after suffering a 2-1 defeat against Real Sociedad in a La Liga fixture.

Chukwueze came off the bench immediately after the restart to replace Fernando Nino but his assist in the closing stages of the game was not enough to save the hosts from falling at Estadio de la Ceramica on Monday.

Cameroon midfielder Andre-Frank Zambo Anguissa who is on a season-long loan from Fulham, played the entire duration for the Yellow Submarine.