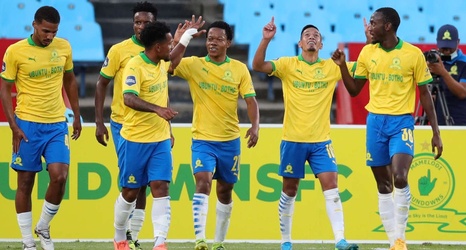 Mamelodi Sundowns' hectic fixture schedule for April continues when they play their fourth of eight games this month, a league encounter away at Chippa United at the Sisa Dukashe Stadium on Monday afternoon, 3 pm kick-off.

The Brazilians confirmed their spot in the Caf Champions League quarter-finals over the weekend, despite losing 2-0 to Algerian team Belouizdad.

That defeat was a first in 28 games in all competitions for Sundowns and just their second loss of the campaign since losing to Bloemfontein Celtic in the season-opening MTN8 quarter-final clash.

Chippa meanwhile head into Monday's game occupying the second-last spot on the standings, after they were thrashed 5-1 by Maritzburg United in their most recent outing two weeks back - a result which cost head coach Dan Malesela his job.