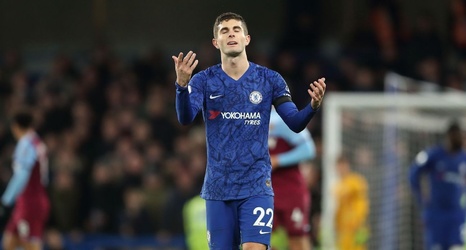 Oscar-winning film star and Austin FC co-owner Matthew McConaughey hopes to see the next generation of U.S. soccer talent follow Christian Pulisic's lead and make an impact in the sport around the world.

Pulisic has made a major impact at Chelsea since joining in a €64 million transfer from Borussia Dortmund in the summer, scoring six goals including a hat trick against Burnley.

- Williams: Chelsea will be vulnerable in Champions League knockouts
- Pulisic Watch: How U.S. star is doing at Chelsea game-by-game

McConaughey was at Stamford Bridge on Tuesday as Pulisic helped Chelsea reach the knockout stages of the Champions League with a 2-1 win against Lille.