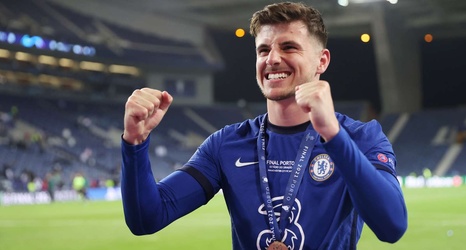 Mason Mount admits to being left baffled by his meteoric rise to prominence at Chelsea, with the England international now a Blues centurion and Champions League winner.

Scaling such heights appeared a long way off when the 22-year-old spent time on loan at Vitesse and Derby between 2017 and 2019.

He was, however, to be handed a big break by Frank Lampard - who worked with him at Pride Park - and has not looked back while racing to the very top of domestic and continental games.