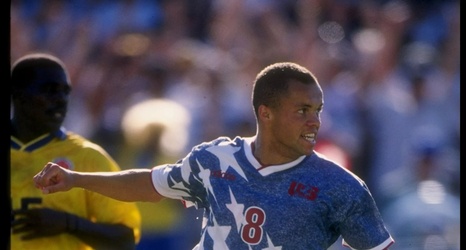 For the bulk of the 1990s and early 2000s, there was one man who roamed the middle for the United States Men’s National Team. That man was Earnie Stewart. The midfielder was one of the main stars for the USMNT as the team entered its modern era.

Born in the Netherlands to a black U.S. Air Force airman and a Dutch woman, Stewart grew up in the Netherlands and came up through that nation’s club system. He signed with VVV-Venlo in 1988 to begin his professional career, spending 2 season at the Dutch club (then playing in the Dutch First Division, Netherlands’ second tier league) before transferring to Eredivisie club Willem II in 1990.