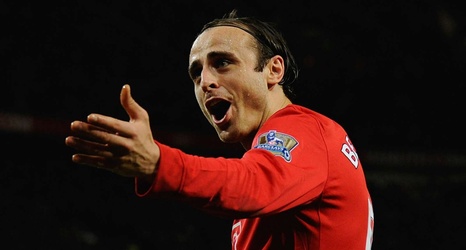 Dimitar Berbatov says the feeling of scoring the winner for Manchester United against Liverpool is “f*cking unbelievable”.

The Bulgarian put the Reds to the sword early in the 2010-11 season, firing a famous hat-trick in a 3-2 United win at Old Trafford.

After putting his side 2-0 up with a stunning overhead kick, Berbatov saw Liverpool come back into the game with two goals from Steven Gerrard – but he says he knew the game was there to be won.

“When you’re Manchester United at Old Trafford, of course you’re going to put pressure on teams,” he told the club’s official website.